This is the fifth book in the Supper Club series by Ellery Adams. The series has become one of my favorites. I’m always anxious to see what my friends in Quincy’s Gap, VA are up to. I did jump ahead a little bit since I wanted to do a review for NetGalley but I since bought the book as well. I’m definitely going to read books 3 and 4 so I can feel caught up more to go on to the sixth.

The seventh book is releasing soon after quite a hiatus. Ellery Adams teamed up with author Rosemary Stevens for book 7 which will be “Pasta Mortem.”

The Battered Body by Ellery Adams

I really love this series and these wonderful friends who originally got together to lose weight but have become more than just sleuths. They’re true best friends that have each others’ backs no matter what.

In this book, James’ dad and a cooking teacher name Milla (Camilla) were getting married on Christmas Eve. Since Milla’s younger sister was a celebrity baker, she had agreed to make the cake and other items for the wedding. When Paulette was found with her cake batter all over her face, it appeared to be an accident but Lucy who was now a deputy, didn’t feel right with the accidental ruling so she and her supper club friends set out to do one of the things they did best together…investigate!

It seems like all of the friends had some sort of epiphany in this book that was really enjoyable to read about. What’s cool about this series is that it’s not just a mystery story. Each story is one that’s also about friendships. I’m not sure why I wanted to read this book out of order (it wasn’t a problem at all, I’m just particular that way). It didn’t ruin anything for me. There are a couple of fun surprises that happen to some of our favorites. I love that James now has a mom in his life again and that his dad is living grouchily happily ever after! I think I will go back and get caught up before reading the sixth book though. 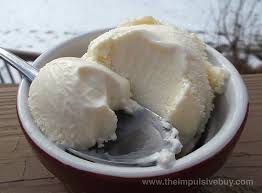 Don’t fall over, I’ve read two in the same series in a row again 😉 This one is the second book in the Supper Club series by Ellery Adams, currently undergoing revisions to reflect the author using her Ellery Adams name now on the series instead of JB Stanley. I voluntarily read and reviewed this copy that I received from NetGalley and the publisher. I liked the first two books so much I did buy the third one and I look to get the others as well.

Image was listed on Google under the ok for reuse section of the tools.

Fit to Die by J.B. Stanley

I’m loving this series so much I couldn’t stop with the first book. This book was just as amazing and the Flab Five even got to add a couple of new friends to the mix. I loved how once they got their weight loss programs back under control, they all gained the confidence they’d been needing. Things were getting better between James and his dad, Jackson. Lucy was working very hard to help out the sheriff’s department and hopefully get to take the deputy exam soon.

It was late spring and the whole town of Quincy’s Gap was abuzz with excitement when new citizen Willy opened up his Polar Pagoda. There was also a new fitness program in town and he and the owner definitely didn’t see eye to eye. Also some of the townspeople weren’t very happy with Willy’s shop for selling what they said was a suggestive t-shirt saying on a shirt. Did one of these people decided to burn the place down, leaving a body there? Another body eventually turned up as well so the friends had their jobs cut out for them. As in the first book, they all worked together so well as both a weight loss and a mystery solving team.

I thought the Spring Fling sounded like a lot of fun! I really admire the 20-something Fitzgerald twins, Francis and Scott, who work for James, for their innovative ideas for fund raising. This was for some new computers and printers. The Fling was a huge success! I was so happy that Jackson Henry was beginning to act more like a real father to James now. He still didn’t want to talk about his art but apparently he was becoming successful and was willing to have some improvements done on their home.

I liked these first two books so much I bought the third and am thinking of starting it soon!

This is the first book in the newly revised Supper Club series by Ellery Adams. Originally she had used the name J.B. Stanley but has had all the books revised, or is in the process of doing that, to use the same name across all her series. I originally read this book in July of 2017 and since I reviewed it on Goodreads then, it won’t count as part of my challenge for 2018.

I wanted to re-read it so I could take part in a Facebook book club that Ellery is having until March 23. She’s doing a daily giveaway or sometimes two and asking questions about the story. I felt like I had forgotten a lot so I wanted to re-read and also mention the book here since I only just started this blog January 2018. I owned the original on Kindle but loved the new cover so much so I requested the revised edition from NetGalley to voluntarily read and review.

I’m writing longer book reviews now but here’s the short, sweet and to the point one I wrote for Goodreads last July:

Carbs and Cadavers: A Supper Club Mystery by Ellery Adams

Loved the camaraderie and caring these new friends have

I really liked the switch from usual cozies to a male protagonist. James is so sweet and I was really happy he and Lucy hit it off. All of these weight loss friends were awesome and were just depicted as people anyone would be happy to have as friends. The mystery was well told and I had no idea who the killer was. The ending had me wondering how the friends were going to get the better of the perp but it worked out great. I would definitely be interested in reading the next in the series.