This is the first in a new series by Lauren Elliott called Crystals and CuriosiTEAS Mysteries. I knew I’d enjoy it since I’ve read all her Beyond the Pages mysteries to date and really liked those a lot as well as the characters. The new series definitely didn’t disappoint! I can’t wait to see what’s in store for book two!

Steeped in Secrets by Lauren Elliott
My rating: 5 of 5 stars

I really enjoyed this a lot more than I first thought I would when I started reading it, but the characters just came to life and drew me in! I liked Shay’s character a lot and her backstory was interesting–and about to become even more interesting. It was cool how she and Tassi became friends despite their age difference, but as they were to find out, they had quite a bit in common. Jen was a good big sister but sometimes seemed a touch unreasonable even though she meant well.

I was never really sure whodunit and what a good twist at the end along with a kickin’ showdown followed by a full explanation and wrap-up. I just love that dog Spirit and I’m so happy he’s got Shay to live with now. He was super in tune to clues and what he knew he wanted people to do to find answers.

When the book was ending, I just didn’t want it to. I wanted to stay there and read more about the town and people, especially Shay and Liam. I was extremely happy about one thing in particular that happened after the showdown, and now I can’t wait to go back and visit with Shay and all her friends again. Don’t miss this new series especially if you like a little magic (there’s not a bunch of woo-woo stuff going on if you’re worried about that, give it a chance) with your cozy mystery. It releases Tuesday, November 29, 2022.

This is the first book in a new series called the Sewing Studio Mysteries by Dorothy Howell who writes another cozy mystery, the Haley Randolph Mysteries. I really liked these characters and can’t wait to see what Abbey, her aunt and her new friends get into in the next book. I had a feeling when I saw that sewing was involved in this book that I’d really take to it. It was definitely lotsa fun!

Seams Like Murder by Dorothy Howell
My rating: 5 of 5 stars

On one hand, coming home to having your car accused of being used in a possible homicide was pretty awful for Abbey, but the possible friendship with Zack the handsome deputy would’ve been the saving grace, at least for me. But Abbey couldn’t bring herself to be even halfway nice to him until it was well into the book and he’d done what he could to prove to her he didn’t think she killed anyone. Poor guy having to work for that grumpy sheriff though! He was a piece o’ work for sure!

I loved how Abbey and Caitlin were able to resume the bestie friendship they’d only enjoyed for summers and how the rest of the businesses kinda pitched in to help with the investigation. Everyone had the interest of getting a killer off the streets once they started believing said killer wasn’t Abbey. There were enough cars in town that looked similar to hers it could’ve been anyone driving the car that killed the librarian. I know one person I was hoping might be the perp, but there were lots of good distractions and other possibilities too.

The showdown was pretty epic and as a seamstress I can totally laugh and say yep, that’s just what a bunch of people who sew or craft (or want a killer off the streets) might do with a wily killer! I loved how an embroidery machine was included in the story too probably because I really like using mine and it’s just fun to find something I can actually relate to in a book. This book releases tomorrow, September 27, don’t miss it! It’s pretty much everything I could want in a cozy mystery. 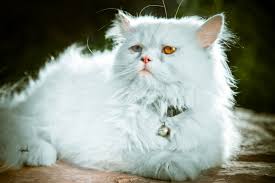 If you follow the author T.C. LoTempio aka Toni, you’ll already know that this book is technically the same book that came out two years ago in August. But the difference is a new publisher which will allow her to continue the series now. And I love this cover soooo much more than the old one! The artist did an amazing job of catching the personality of the little pet supply store Shell inherited. The series name has also been changed to Urban Tails Pet Shop Mysteries. And I enjoyed the story even more the second time around (yes, I’d actually forgotten whodunit, but remembered at about the same spot where I started suspecting the first time!)

The Time for Murder Is Meow by T. C. LoTempio
My rating: 5 of 5 stars

What a fun town and group of characters! I was expecting not to like Gary much, and while it did take a while to warm up to him, I think he and Shell really have some good sleuthing vibes going on–naturally, since they acted together on a show. But I was happy she didn’t hide her feelings about Josh, and I’m pretty sure the feelings were mutual from the beginning.

There was a fairly early clue that set me on the trail of who the killer was, but it was a lot of fun to read as Shel and her three new friends from town along with her former co-star Gary all sleuthed together. If Gary hangs around town now that the case is solved, I can see a lot of fun possibilities for Shell sleuthing with him…and I think it would be cute if he got together with Olivia. But only the next book can tell us all that, and I’m definitely anxious to read it!