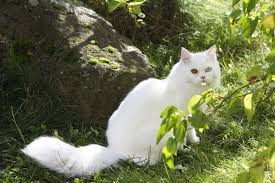 This is the second book in the Urban Tails Pet Shop Mysteries by T.C. LoTempio who also wrote the Nick and Nora Mysteries and Cat Rescue Mysteries. I really enjoyed the Cat Rescue Mysteries but haven’t yet read in Nick and Nora (although I have some of them.) I’m really liking this new series which was actually rebranded and renamed from the original version of the first book. Beyond the Page Publishing is who the author’s using now for Urban Tails, and I love the book covers!

Killers of a Feather by T.C. LoTempio
My rating: 5 of 5 stars

It seemed like it was sooo long since I got to visit with Shell and friends at her shop in Connecticut, but according to my reading record, it looks like it was around a year ago. I absolutely love Aunt Tillie’s cat, Purrday that she left to Shell. It’s almost like Purrday knows Aunt Tillie probably wanted him to keep that good eye of his on Shell and keep her safe. ‘Cause he sure does a good job of that! Who’s a good boy? Purrday’s a good boy!

This was a super twisty mystery that kept me guessing the whole way. I love how Shell and Gary sleuth together. He cracks me up and reminds me of Castle from TV with his bouncy goofiness and enthusiasm for solving cases–and being ruggedly handsome helps him get info sometimes. I like that he’s dating Olivia though. I’m not sure I’d want him and Shell as a couple, but there’s definitely a different kind of chemistry with him from acting together than Shell has with Josh. She and Josh seem cute together although we don’t get to really see as much of Josh interacting with Shell as we do Gary. It was so hilarious to read his reaction when Shell’s mom came to stay for a while, but I think deep down he was loving the attention as much as her mom was!

There were some tense moments in the showdown, but thanks to a certain adorable one-eyed Persian, Shell lived to see another day. I was laughing at the very ending and now I can’t wait to see what kind of hilarity takes places in the next book! Just wish we didn’t have to wait a year!

I voluntarily read and reviewed an ARC of this book provided by Beyond the Page Publishing via NetGalley, and my opinions are my own.

This is the eleventh book in the Cookbook Nook Mysteries by Daryl Wood Gerber. I’ve enjoyed all the series I’ve read by her and her pen name of Avery Aames (The Cheese Shop Mysteries). This series is probably my favorite since it’s such a long-running one and has the most books meaning the most opportunity to spend time with some favorite characters.

If you love this series like I do, then you won’t be able to resist this latest offering. Are ya ready for a wedding? Let’s go!

Simmering with Resentment by Daryl Wood Gerber
My rating: 5 of 5 stars

I absolutely loved this newest installment in a favorite series! When a beloved restaurant had an explosion, Jenna couldn’t help thinking it was the person who’d blown up the other restaurant where Rhett worked and wondered if they’d been targeting her and him since they were having their private dinner at the time. I just knew Rhett was gonna be okay, but I still worried a little, lol.

There were plenty of suspects to consider, and Jenna had a whole bridal expo to do sleuthing in. Along with being a bride herself and wanting to enjoy part of the expo, Jenna had an agenda despite Cinnamon’s usual warnings. I thought Cinnamon was especially nicer to her in this book. I know they’ve become friends, but probably since things were aimed at Jenna and her sweetie, Cinnamon felt a little more protective/sisterly of her.

It was like I knew but I didn’t know whodunit and that’ll make sense once anyone reads it. The showdown was exciting but not drawn out too long to make readers overly nervous lol. And the ending was just perfect!

I voluntarily read and reviewed an ARC of this book provided by Beyond the Page Publishing via NetGalley, and my opinions are my own. I usually end up buying the book eventually since I do love this series.

This is the ninth book in the Sophie Kimball Mystery series by J.C. Eaton aka husband and wife team of Ann Goldfarb and Jim Clapp. I love that they actually live in Sun City West, AZ and know firsthand what it’s like to live there from the weather to the neighbors and tourists.

I’ve learned more about them from being in a Facebook cozy mystery group they’re part of, but you can read their bio in the link above. I’ve read a couple books in their Wine Trail Mysteries series and really like those characters too.

I always end up laughing when I read a book in this series. Between the book club ladies and that little scamp Streetman, I’m always giggling at something! I can just picture Phee running around like she’s putting out fires first with the ladies, then her mom, and having to deal with Streetman’s just the icing on the cake, well for comedy reasons, not for Phee’s sanity, lol.

I wasn’t sure how horse thefts and the murder at hand connected, but I was pretty sure I was gonna find out because these authors are great at tying up loose ends and making things connect just right. I loved how Streetman got to play a pretty important part in one section of the takedown. He’s such a stinker but it’s good he’s like that sometimes! I hadn’t guessed the killer either. Ann and Jim are always good for a great surprise.

I know the series switched publishers, but I’m so happy the covers remained fairly the same. While the art looks a touch different, it’s still captured the cuteness and rascally-ness of Streetman as well as the Arizona landscape. I literally can’t wait until a future book with Phee’s wedding, but I’m really more eager to see what Streetman does. I’m sure his picture on the cover’s going to be awesome since Harriet’s already got his outfit planned. If it was ever possible to feel like a second fiddle at your own wedding, I have a feeling Phee’s gonna feel like that, lol. But it’ll be such fun!

I voluntarily read and reviewed an ARC of this book provided by Beyond the Page Publishing via NetGalley, and my opinions are my own. This book releases Tuesday, March 15, 2022.

This is the fourth book in the Lowcountry Dog Walker series by Jackie Layton, a series I recently rediscovered after seeing and getting this ARC on NetGalley. I already had the first book and knew I’d be able to binge through the first three before reading this. In fact, now that I’ve read all four, I strongly suggest reading from the beginning. The series is more like a serial story that has characters, relationships and even a new dog or two in each story that all build on each other. Sometimes a person or dogs are just randomly mentioned, but it’s really cool to be able to think back and know you’ve already met those or read about them. And some of the people you might not’ve thought would be important when you met them turn out to be pretty important to a book’s storyline.

I just love the series so much that if I had time and not a gazillion other books on my WTR, it’d be one of those series I could easily reread. I hope the author keeps on writing in it as I feel some of the main characters and side characters still have lots of great stories to tell!

I found a picture of a beagle that made me think of poor sweet Peanut in the story who lost his human but eventually gained a new dad to love and take care of him.

Caught and Collared A Low County Dog Walker Mystery #4 by Jackie Layton
My rating: 5 of 5 stars

I love how the character and their relationships have built in this series. It’s definitely a series I’d recommend starting from the beginning. Leroy, for example actually became a pretty important character in this book, but a couple books ago, he was just that guy out there fishing. Same for Jeremiah and Frank, two veterans that I’ve liked since I met them. And Ike’s another veteran and a sweetheart, but you really need to get his backstory before reading this book, if you want full enjoyment. The series is more like a serial story without cliffhangers, if that makes any sense.

Marc and Andi have such an awesome relationship that isn’t too mooshy or unbelievable. They’ve learned mutual trust and I thought it was sweet how they had some plans for gifting that included her siblings. Andi’s whole posse of friends and family are so amazing with how they help each other out in the community. And again, it’s told in a believable way and not bigger than life and not outrageously flaunting how good they are. It’s just normal nice people doing everyday nice things for each other expecting nothing in return except the love and friendship they all enjoy.

This was one crazy mystery that had everyone puzzled until Andi’s research led her to something big. It all built up to an exciting showdown where both Marc and Andi along with two very cool veteran characters managed to survive a killer.

If Heyward Beach with its characters and places was real, I’d visit in a heartbeat and rent part of the renovated old kitchen building–or maybe I’d wanna stay on the beach. Now I’m so eager for the next book. I’d gotten and read this book as an ARC but liked it so much, I went ahead and bought the Kindle file. I just want the author to keep writing this series!

I voluntarily read and reviewed an ARC of this book provided by Beyond the Page Publishing via NetGalley, and my opinions are my own.