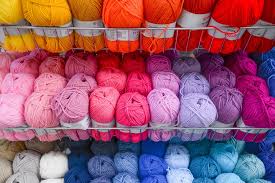 This is the first book in the Tangled Web series written by Sadie Hartwell who is also known as Susannah Hardy of the three-book series, Greek to Me Mysteries. I had read the second book as an ARC, but I will go ahead and post my Goodreads review as a blog post after this one, since I’m planning to re-read it. I have no idea if there’s a third Tangled Web book in the works, but I sure hope there is!

Yarned and Dangerous by Sadie Hartwell

Oh this was so good! This was a series I’d read out of order since I read the second book sometime last year as an advance copy. It wasn’t really necessary to read this one first, but I had been wanting to go visit with Josie and Uncle Eb to see how things got started. I am sooo hoping there’s going to be a third book to this series!

Josie Blair was called to her uncle Eb’s side to help him out while her mom went on a much-needed cruise. His wife Cora had been killed in a car accident a couple of weeks ago, and Josie’s job was to inventory in her yarn shop and get it sold. Eb had broken his leg in the accident and needed help around the house as well. When Josie got to Dorset Falls, CT, she remembered what a nice little town it was, even though a certain few people seemed to have it in for her. The next door neighbor Mitch was easy on the eyes as well as being a huge help with her uncle and give Josie herself some morale support. Josie made a couple of new friends in Evelyn and Helen who were part of a charity knitting group that Cora had started. Some people were keeping secrets and Josie was hoping she could at least find a notebook that Cora had which could point to the killer.

I actually did guess the killer but not right away. Since I’d read the second book, I knew a few people that it couldn’t have been though. 😉 I just love grouchy Uncle Eb, he’s like a grumpy old bear, but I know down deep he loves Josie, and the same way with her. They just needle each other like they did when she was a kid and visited him. I love how the friendship with Josie and Mitch is starting slowly and just developing so sweet. I really do need to reread the second book to find out what characters might have been added. I vaguely remember the case but I think it’s just an excuse for me to go back to visit in Dorset Falls for awhile.