Happy 2023 to all! Glad to be back with my first review of 2023, the eighth book in the Sherlock Holmes Bookshop Mysteries by Vicki Delany (aka Eva Gates who writes Lighthouse Library series.) This one was a fun puzzler for sure! Gemma got her sleuthing game on and even got a little assistance from her visiting sister. There were some crazy and seemingly unexplainable things going on at the museum, so grab the book when it’s released this coming Tuesday and enjoy!

The Game Is a Footnote by Vicki Delany
My rating: 5 of 5 stars

Readers who enjoyed the spooky-ish elements in this author’s Lighthouse Library series she writes as Eva Gates will love the idea of a haunted museum…or is it haunted by a flesh and blood perp? I also loved the little nod to the Lighthouse Library given in the text of the book–see if you can spot it!

Gemma sure had her hands full with Jayne’s mom begging her to help out with the supposed haunting and ever-patient Gemma went along with it while attempting to explain she wasn’t a ghost chaser. When an innocent bystander was killer, it was pretty clear that someone was trying to get rid of the museum people, and Gemma’s always-inquisitive mind wouldn’t rest until it was solved. I enjoyed how Gemma’s sister somehow got involved in the case and the fun innuendos around who her esteemed boss was. It was a sweet nod.

There was a good side story featuring Gemma’s shop assistant Ashleigh which slightly tied in with the main mystery. I liked the outcome and how Ashleigh handled things. I wasn’t too surprised at the whodunit for the main mystery and as always, explanations were shared with friends and food, a super fun way to end the story.

I voluntarily read and reviewed an ARC of this book provided by Crooked Lane Books via NetGalley, and my opinions are my own.

This is the eighth book in one of my fave cozy mystery series Mystery Bookshop by V.M. Burns (aka Valerie). I’ve followed this series since its beginning and absolutely love all these key characters. It’s always so fun how Nana Jo and her friends get with Sam to solve murders and each one has their own part they play in researching. And no meeting of the sleuths is complete without Irma nearly saying something unsavory and the group going, “Irma!” I laugh every time! We got some good ones this time! And I love those sweet pups, Oreo and Snickers (modeled after the author’s own poodle babies.) I just wanted to scoop ’em up and cuddle those babies when I read this book, well Oreo probably wouldn’t like that lol. Can’t wait for more in this series!

Bookclubbed to Death by V.M. Burns
My rating: 5 of 5 stars

Just as Sam was gearing up for her big book launch, a nasty book reviewer was killed in her shop. And I just gotta thank the author for ridding the story of such an awful person, especially because she was so mean to poor little Oreo and Snickers. I seriously saw red at that point in the story! Good old Stinky Pitt was still on medical leave from being shot in the last book, and he actually decided to be of some help in the investigation when Sam just knew she’d be arrested instead of celebrating her book. That replacement detective really had it in for her for some reason.

I loved all the new “Irma!” moments too! (If you’re a fan of the series, you’ll know what I mean by that!) That woman’s such a hoot! I really enjoy Nana Jo and all her friends. The showdown was pretty awesome as we got to see the famous lawyer aka pit bull in action (Jenna, if you’re wondering!). The ending party was just great and I felt so happy for Sam for realizing two of her big dreams. Don’t miss this book when it releases on December 27, 2022.

I voluntarily read and reviewed an ARC of this book provided by Kensington Cozies via NetGalley, an my opinions are my own.

This is the sixth book in the Mystery Bookshop series by one of my favorite cozy authors, V.M. Burns (Valerie). I know I probably say this every time, but this latest book is my favorite now in the series. The only thing I wish we could have seen was Irma with the Royal Guards! If you’re a fan and know good ole Irma, can you even imagine how funny that would be? I think it was alluded to that it was good to keep her away. It would definitely make for a fun short story anyway! I did miss Oreo and Snickers being part of the story and can’t wait for the next book, because I’m sure I’ll get my virtual poodle fix that way!

A Tourist’s Guide to Murder by V.M. Burns
My rating: 5 of 5 stars

When Sam innocently asked, “What could possibly happen?” about her upcoming trip to England with Nana Jo and the girls, she had to have some inkling that craziness and murder would follow. From the airport in Chicago to the airport in England and beyond, this was a roller coaster trip you don’t want to miss! Irma was at her hilarious best again, and sweet Ruby Mae seemed to be related to someone everywhere she went just when they needed a friend. And they met a new friend in England that I’d love to see come visit them or at least keep in touch with her.

After a couple of murders, the Mystery Lovers’ Tour was turning into the real deal. I was glad that Sam was able to find an ally in the female Detective Sergeant, because her DI co-worker was worse than good old Det. “Stinky” Pitt back home! I didn’t really know whodunit, so I enjoyed the ride with my favorite characters. The showdown was exciting–boy, if only Nana Jo had her peacemaker with her! I kind of hope the next book recaps their trip with friends at home. That alone would be hysterical! Love, love, love this series!

This is the fifth book in the Mystery Bookshop series by one of my favorite cozy authors, V.M. Burns or Valerie as she’s known on social media. I love her Dog Club series as well. This book was another winner, and even though I guessed the killer, that doesn’t mean I didn’t temporarily fall for some of the red herrings. Nana Jo is one of my all-time favorite cozy characters, and she really shone in this book.

Bookmarked for Murder by V.M. Burns

Sam had finally agreed to take a mini vacation from the bookstore and went with her Nana and the other senior sleuths to Chicago. Before they could return home, the guy that Irma was seeing was found dead on the bus. There were plenty of suspects, but somehow I managed to guess the correct one. Of course, as usual, I didn’t know any of the reasoning behind why I picked. It just seemed to be the right person.

The showdown was very exciting…how else would it be with Nana Jo involved? The ending was so heartwarming as everyone was together for the New Year celebration. I loved how Irma was featured in this book, since she always cracks me up, but the attempt on her life wasn’t too funny. I’m enjoying where Frank and Samantha are in their relationship, it’s just very sweet and believable. As always, I’m anxious for the next book in the series! 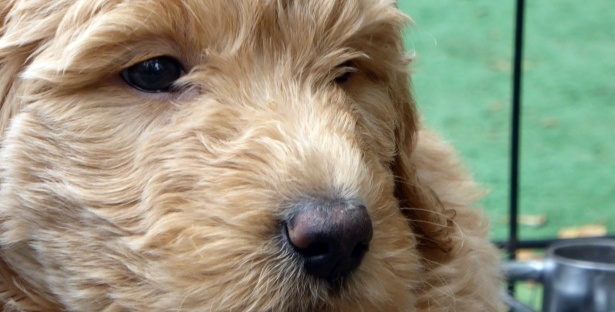 This was the first book in the brand new Cozy Mystery Bookshop series by Tamra Bauman whose bio says she’s normally a romance writer. I liked how she handled the romance in her first cozy, very nice job! I was undecided on which guy to root for, but by the end, I think I had an idea of what way this might go. But then again, who knows, the next book may surprise me.

I am anxious to read the next book, however I really hope that the author stops using present tense. It did make it a bit harder to read smoothly, but I will say that the rest of the book helped make up for it. The dialogue is some of the best and most normal-sounding (not stilted and too formal, like some I’ve read) that I’ve read. Oh, I can’t not mention little Cooper! That pup has won my heart, he got to be a hero, but over the course of the book, he was helping his mommy’s heart heal.

I voluntarily read and reviewed an ARC of this book via NetGalley, and my opinions are completely my own.

Plotting for Murder by Tamra Baumann

This was a great mystery, awesome characters and one of the cutest dogs I’ve read about in awhile. I’ll say upfront that I wasn’t a fan of the present tense style and can’t quite figure out why it was used, unless it was supposed to be like Sawyer looking back and writing her memoirs. But even then, it’s kind of annoying, but honestly, I’m glad I didn’t let it stop me from enjoying a great story. The riddle, clues and puzzle aspect really kept me intrigued.

Other than the constant present tense, it was well-written as far as vocabulary, and the dialogue was actually believable–and real-sounding. The author did a great job of painting the nasty uncle as a total snake, because I absolutely couldn’t stand him–am I awful to wish he’d been offed? But then they’d have thought Sawyer did it lol. At first, I wasn’t sure about Brittany, the store employee, but she grew on me more and more. I just love what good thing happened for her eventually! I liked the romance aspect a lot. It was just the right amount. At first I was one team, but by the end of the book I was ready to switch teams. I won’t say, so I don’t spoil it 😉 The other supporting character of Madge was a lot of fun! I got such a kick out of how she and Sawyer would compare case notes, but Dylan the sheriff knew what they were doing all along. Renee, Sawyer’s best friend was a hoot! She was a happy-go-lucky free spirit and dated a new guy almost every week

I can’t leave out the sweet Admiral! Every mystery needs a fun and quirky character. The author nailed it with the Admiral. I hope he’s around for a very long time! (Can I help it if I pictured him as the famous white-haired star of the old Diagnosis Murder series?) 😉 As far as the killer, I was going back and forth on that one, so it was a little bit of a surprise. But it led to an awesome showdown where little Cooper the mini Goldendoodle got to be a hero, and his mommy wasn’t too shabby either! The sheriff showed up just as my nerves were giving out lol. I thought the ending was satisfying as far as the main mystery, but it was kind of fun to leave a couple of little threads dangling. I’m definitely enticed to read the next book!