This is the second book in a newer series called Witch Way Librarian by Angela M. Sanders whose other two series are Vintage Clothing Mysteries and Booster Club Mysteries. When I read the first book in Witch Way last year, I loved it and knew this was going to be a new favorite series (to add to my MANY favorite series lol). It was fun getting to know the characters in town even better this time, and I liked that Josie’s seems to have a good friend in Lalena. They made a good sleuthing duo, although Josie was on her own most of the time. I just wish we didn’t have to wait a whole year for the next in series!

Seven-Year Witch by Angela M. Sanders
My rating: 5 of 5 stars

It was great visiting with Josie and all her new friends in Wilfred, OR again. I’d forgotten how Josie could go check things out using her mind but in her cat Rodney’s body which was so cool!

This was a mystery I definitely couldn’t figure out, so I just went along for the ride and enjoyed the process. Josie was learning a lot from her grandma’s letter she’d left her, and I was happy to see how far she’d come as far as her powers went. I’ve hoped since the first book that Josie and Sam could get together, and they might be one step closer to that by the end of the book. I loved how the whole town pulled together at the end. The showdown with the killer was scary for two different reasons-you’ll see when you read it. I really wish the next one could come out sooner instead of having to wait another year! 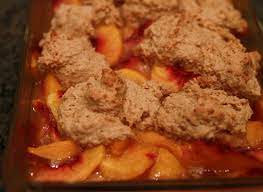 This is the first book in a brand new series called Peach Coast Library by Olivia Matthews who also writes the cozy mystery Sister Lou series. I really enjoyed meeting Marvey and all her friends and library co-workers. What a great setting and fun groups of people. I’ll definitely be watching for when the next book comes out!

Murder by Page One by Olivia Matthews
My rating: 5 of 5 stars

I really enjoyed this start of a new series and the idea of the main character having two strong sets of friends. She had her bestie Jo of course, and their other good friend Spence. What was so cool about Spence was that despite the fact he was super rich, he didn’t flaunt it or act all stuffy about it. He dug in and investigated with his friends like any regular guy who might have had an in with the coroner’s office, and he kept a presence and job at the local paper his family owned. It was great that he had the means it took to get people together for questioning purposes aka dinner party too. Jo was very blessed to have a determined friend like Marvey trying to keep her from going to prison for a murder she didn’t commit. Marvey was someone I could quickly become friends with.

The other group of friends was Marvey’s library co-workers. I really liked all of them, especially the ol’ curmudgeon Floyd who wasn’t really such a crusty guy after all. And Corrinne was such a nice boss which was really refreshing. I read so many books where the boss is a jerk, but Corrinne was genuinely a good person to her employees. I got the feeling that she’d never ask them to do anything she wouldn’t do. They did a good job presenting a united front for their budget increase request as well as helping Marvey with her sleuthing.

I had sort of guessed the killer once the clues fell into place. It was a great showdown with Jo and Marvey working together on it. The detective and his sidekick weren’t painted in too bad of a light. Kind of a good balance where I could picture the conversations between them as not too heavy or light if it was done as a Hallmark mystery movie.

Great setting for a mystery series, and it was interesting to have a New York transplant come into town. I got a kick out of Marvey’s notebook on Southernisms and their translations, lol. I thought the Cobbler Crawl sounded pretty cool and was glad to see Marvey as Spence’s partner in it. Gotta admit, I’d be there for the cobbler not the race part! I’m anxious to see what this fun group gets into in the next book! The key players were definitely people I came to care about and would like to visit with again! 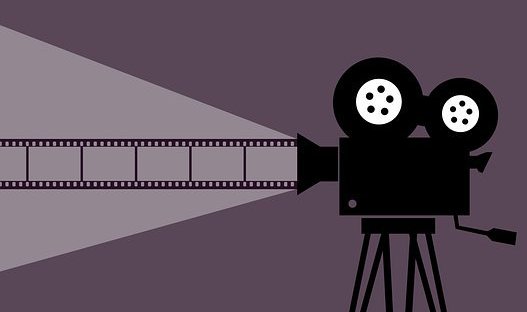 This is the fourth book in the Haunted Library series written by Allison Brook, pen name of Marilyn Levinson. I absolutely love this series and Evelyn, the library ghost that presented herself to Carrie in the first book. Evelyn always has some good insight to whatever murder that Carrie finds herself involved in solving. Carrie did use more control this time and actually enlisted some help. I enjoyed that her mom and dad were both in this book. I really like her dad’s character, especially now that he’s reformed and has a legitimate career. I’m always anxious for the next book in this fun series!

Checked Out for Murder by Allison Brook
My rating: 5 of 5 stars

I always enjoy reading the newest of this series when it comes out! I just love Evelyn, the library ghost and was just a little worried when she didn’t seem to pop in a whole lot, but her appearances got to be a little more normal later in the book. I like where Dylan and Carrie were in their relationship and continue to be. It was interesting to spend more time with Carrie’s mom, since she was in this book quite a bit more than any others. She and her current husband Tom were in town for a movie he was acting in.

I was proud of Carrie for being more cautious and trying to do a good job of staying safe by taking someone with her whenever she went someplace that could end up dangerous. I was surprised by who the killer was. Because of some very clever red herrings, I had my sights on someone else. The showdown was nice and peaceful. After one murder attempt and some threats, that was a nice change of pace. And everything was wrapped up at the end with Carrie’s dinner she had. I’m already anxious for the next book!

I voluntarily read and reviewed an ARC of this book, and my opinions are my own.