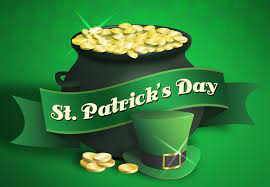 This is the sixth book in the Salem B&B series by Traci Wilton, the writing team of Traci Hall and Patrice Wilton. From the first book I fell in love with the ghost character of Dr. Jack Strathmore. He’s such an awesome ghost and comes in really handy when Charlene’s investigating. I mean, who wouldn’t be impressed with a ghost who’s come so far that he learned some mad computer skills? Jack might not be able to leave the B&B property, but he’s a whiz at internet searches!

Mrs. Morris and the Pot of Gold by Traci Wilton
My rating: 4 of 5 stars

What girl’s lucky enough to have two guys interested in her…except in Charlene’s case, one was a handsome ghost she could only be friends with. The other was a little more interested in her than she was in having a relationship right now. Jealous ghosts can be such a pain, lol! But Jack’s really an awesome ghost and he’s come so far from where he was in the first couple books. He’s a huge help when Charlene’s investigating (and not supposed to be) since he can look things up online for her.

I don’t think this one’s main theme was quite as interesting to me as the previous books. There was sure a lot of family drama going on and it would’ve been a little extra hard to guess the killer this time. The showdown was pretty tense with Charlene having sleuthed with an unlikely sidekick.

Avery’s side story’s always been really interesting to me, and she’s definitely come a very long way from when she first started working for the B&B. Charlene gave her some good news at the end, and Char’s parents even pitched in a little to help Avery as well. They probably look at her as the granddaughter they never had. Their news at the end should prove pretty interesting! I’m definitely eager to see what unfolds in the next book.