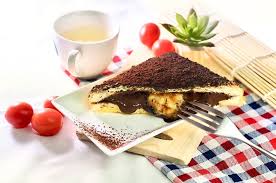 This is the 12th book in the Domestic Diva series by Krista Davis, who is also known for her Paws & Claws series (another of my favorites!). I love all the Diva books I’ve read (I’m sadly not caught up in the series, but I keep requesting the ARCs as they come out) and of those few, I think this was one of my favorites so far. I love how Sophie and her friends work together any time, but this book seemed even more special. I think you’ll enjoy it!

The Diva Sweetens the Pie by Krista Davis

I absolutely loved this book! I’ve come to really care about Sophie and all her friends and love that the books aren’t just about solving mysteries, but they also show how much she and her friends care for one another and stick together. This adventure had Sophie pulled into a murder investigation and then into a murder that happened five years ago. Who could resist an adorable little girl who asks her to help get her wrongly-accused mom out of prison? When Sophie started getting too close to the truth, someone she cared for a lot was brutally attacked and left for dead. Later, she found out some information that gave her a new perspective on some things in her life.

I hadn’t suspected the killer until all the clues started coming together. As usual in this author’s books, the list of suspects was impressive and so were the red herrings. The showdown was epic! Sophie and her friends were all there for it, and I think I like that a lot as opposed to perp and sleuth one-on-one, which is what happens most of the time. It was great how things were wrapped up nice and neat at an end-of-summer party at Sophie’s house. All the little details that may or may not have added to the murder were explained, and Sophie’s belief that she did the right thing by investigating the old case was definitely confirmed.

2 thoughts on “The Diva Sweetens the Pie–review”