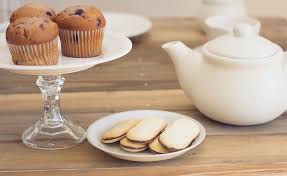 This is the eighth book in the Cackleberry Club series by Laura Childs. I had never read any in the series before, but I think someone could easily pick up this or maybe any of the other books and not be lost. It would be nice to know the back stories of the characters, so I definitely plan to start reading this series from the beginning. I felt like I could the main characters by friends by the time the book was finished. I love the idea that the Cackleberry Club diner has an adjoining book store and a yarn shop too.

Eggs on Ice by Laura Childs

Even though this was the first in the series that I have read, I felt like I was quickly able to know who was who among the regular characters, and definitely by the time the book ended, I felt like I knew them and wanted to visit again. I definitely want to start reading from the beginning, but this shiny, new copy at the library just tempted me so much, I had to borrow it. The Cackleberry Club diner and its adjoining book store and knitting store sound so cool!

I actually did figure out who the killer was, but when that happens (few and far between lol), I enjoy reading along and seeing how soon the characters will pick up on it. The showdown was really good. Toni’s husband Junior had lost his trailer in a fire and was storing all his tools in Suzanne’s car. I think Suzanne was probably very thankful she still had those tools in her car when it came to confronting the killer. This was a Christmas themed book, but I can read about Christmas any time of the year. Kindred sounds like a fun place to be at Christmas, minus the murders of course!

4 thoughts on “Eggs on Ice–review”